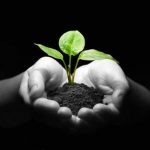 I’ve never felt so tested in my life. Idea and beliefs have emerged that I thought no longer existed in this country because I’d been working so hard on my own spiritual path. And yet, here I am, faced with so much negativity I didn’t even know existed.

This is a huge opportunity to grow

Where do I begin? What do I work on in my own life? How can I change my energy into one of empathy and compassion and tolerance and acceptance?

I, like you, am trying to figure that out.

Don’t let it pull you down

First we have to have faith. Faith that core values such as kindness, inclusiveness, respect, and freedom of expression are still prevalent in our country. I know I can find that in many people I interact with. I can nurture and support myself by continuing to interact with those who are focused on inclusiveness. Who I hang out with matters.

Judgment sneaks up on you. I got a good look at my own unconscious judgmentalness in the grocery store. There’s a man who works in produce whom I’ve had friendly exchanges with. It was the day after the election when he asked how I was doing. I answered, “Trying to recover.” He said, “I know what you mean.” And we began to talk about it. He laughingly said he wasn’t one of the white men who caused this, as the news polls were indicating.

As we talked, I mentioned that we had to stop using fossil fuels in order to stop global warming. He said he was from coal country. That immediately shifted my thinking. I had an entirely different picture of what people in that profession were like. I mentioned that one of the challenges is the need to retrain people because the technology changes so rapidly. He said he couldn’t do the technical things but his kids could. He was not drawn to it.

So here was a beautiful person who had surprised me and made me realize that I’d been holding certain beliefs and ideas about people, based on their profession. I’d had an entirely different picture of people in the mining industry. It was based on not knowing and not learning in order to know.

Try to move beyond your own needs and beliefs

I’ve mentally dismissed a huge portion of the population because they’re different than I am. I have to work on that. I realize that while I spend time searching for people who share my interests, I have thrown in some judgmentalness about those who do not.

Test your own beliefs

Look carefully at how you subconsciously judge others, particularly people who don’t share your way of life. And here comes another possible judgment. It’s probably those who are the most flexible and expansive in their spiritual practice who will be among the first to figure out how to heal our country.

People are already gathering in group meditations throughout the world. I participate in those. How do we include and feel empathy for people who are so removed from our own experience? It’s a huge opportunity for us to grow.

First you work on yourself

There’s only one thing we really have control over. That is our own feelings, beliefs, actions, and words. One of my first steps is to look at how unconsciously judgmental I am. Once I’m aware of that tendency, I have a chance to change that.

I’m shaken by the amount of anger and prejudice that’s so prevalent. And yet people are simply trying to survive. All of us. Each of us.

What do you believe?

Are you wiling to change?

Here’s the tricky part. There are some beliefs that I’m not willing to change. When I say they are my spiritual beliefs I realize that people who seem opposed to the way I think are responding to their own beliefs.

I don’t set out to change their beliefs. I just get to work examining and adjusting and questioning my own — moving my own spiritual growth towards feelings my oneness with everything. It’s not always easy to do.

We have to heal

We have to heal ourselves. Only a portion of the population is willing and even prepared to do this. And they can be on either side of these divided beliefs.

All we can do is work on ourselves. This is a huge opportunity to explore. To question your beliefs, to expand your spiritual awareness. If this country is an example of a peaceful transferring of power, an acceptance of our beautiful diversity and a strong spiritual foundation, let’s prove it. Let’s work on ourselves to heal and unite.

There’s much work to be done. Now, begin with yourself.

To Sing a Deeper Song consider:
The 50/50 split
How Labels Dehumanize Us
How To keep Negativity Out of Your Life
The Creation of an Armchair Activist
How to Activate a Tree Messenger to Send Your Healing Energy Out Into The World
How to Use our Interconnection to Heal the World